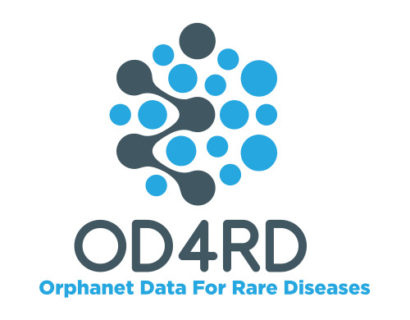 The final meeting of the Orphanet Data for Rare Disease (OD4RD) project led by Orphanet took place in Paris (FR) on 6 October 2022 and was attended by Darren Shilhan, ERN eUROGEN Lead IT & Data Performance Analyst.

The OD4RD project started in January 2022 as a one-year project building on Orphanet’s specific expertise as a well-established network. The aim was to contribute to the generation of standardised, interoperable data on RD diagnosis for primary and secondary use through maintenance of the Orphanet nomenclature of RD in collaboration with ERNs, and active support for its implementation in ERN-hosting hospitals.

The project also aimed to contribute to the harmonisation of data collection in various settings and countries through the dissemination of coding good practices at the source (health records, registries, etc.) and supporting evidence-based decision-making in the framework of the European strategy around ERNs, by providing an exploitable reference corpus of data and information on rare diseases. The project benefited from a direct grant from the European Commission.

The final meeting gathered all the project’s partners and representatives from the ERNs. It was an opportunity to present the achievements of this project, including the maintenance and update of the Orphanet nomenclature and classification of RD, the development of the Orphanet knowledge and information base around rare diseases in collaboration with ERNs, the development of national Orphanet nomenclature hubs to ensure optimal implementation at the national level, and support to the European Commission in its ERN strategy through dedicated IT systems.

As mentioned above, ERN eUROGEN attended this meeting and remains engaged in the future development of Orphanet codes for our Expertise Areas (EAs). We have already revised the Orphacodes for EA 1.7 Urorectal/Anorectal Malformations and are working jointly with ERN ITHACA to do the same for spina bifida in EA 1.4 Non-syndromic Urogenital Tract Malformation. As we refresh the Network-Specific Criteria (thresholds) for each EA, we shall also check that the current Orphacodes, where used, are fit for purpose. Otherwise, we can apply for support to update them via the OD4RD project.

This website uses cookies to improve your experience while you navigate through the website. Out of these, the cookies that are categorized as necessary are stored on your browser as they are essential for the working of basic functionalities of the website. We also use third-party cookies that help us analyze and understand how you use this website. These cookies will be stored in your browser only with your consent. You also have the option to opt-out of these cookies. But opting out of some of these cookies may affect your browsing experience.
Necessary Always Enabled
Necessary cookies are absolutely essential for the website to function properly. This category only includes cookies that ensures basic functionalities and security features of the website. These cookies do not store any personal information.
Non-necessary
Any cookies that may not be particularly necessary for the website to function and is used specifically to collect user personal data via analytics, ads, other embedded contents are termed as non-necessary cookies. It is mandatory to procure user consent prior to running these cookies on your website.
SAVE & ACCEPT